"Love, the Taste of Lipstick", Read on You Tube

Ran into this today while looking for a link to one of my poems online.

It's from a few years ago, and I'm flattered silly that someone was inspired to do a "drunken reading" of one of my poems. I love hearing how my words sound coming out of someone else. This poem tends to always sound the same way in my head when I read it. To hear someone else's interpretation is something very cool to experience.

Thanks,"drunk girl", for the gift.


Posted by Embley Veronica at 8:14 PM No comments: 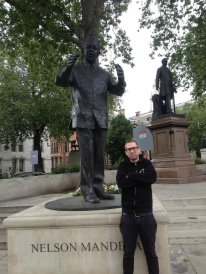